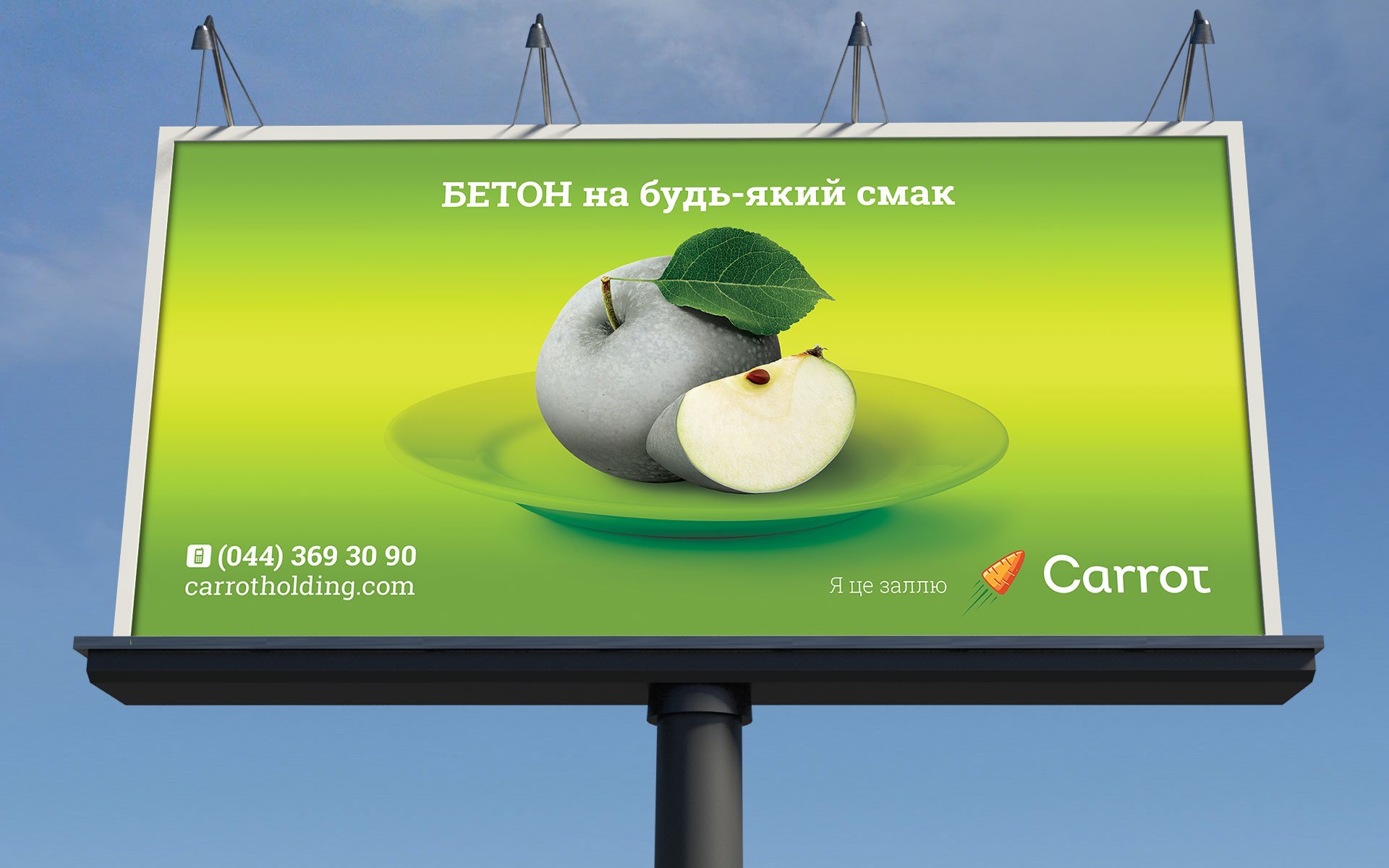 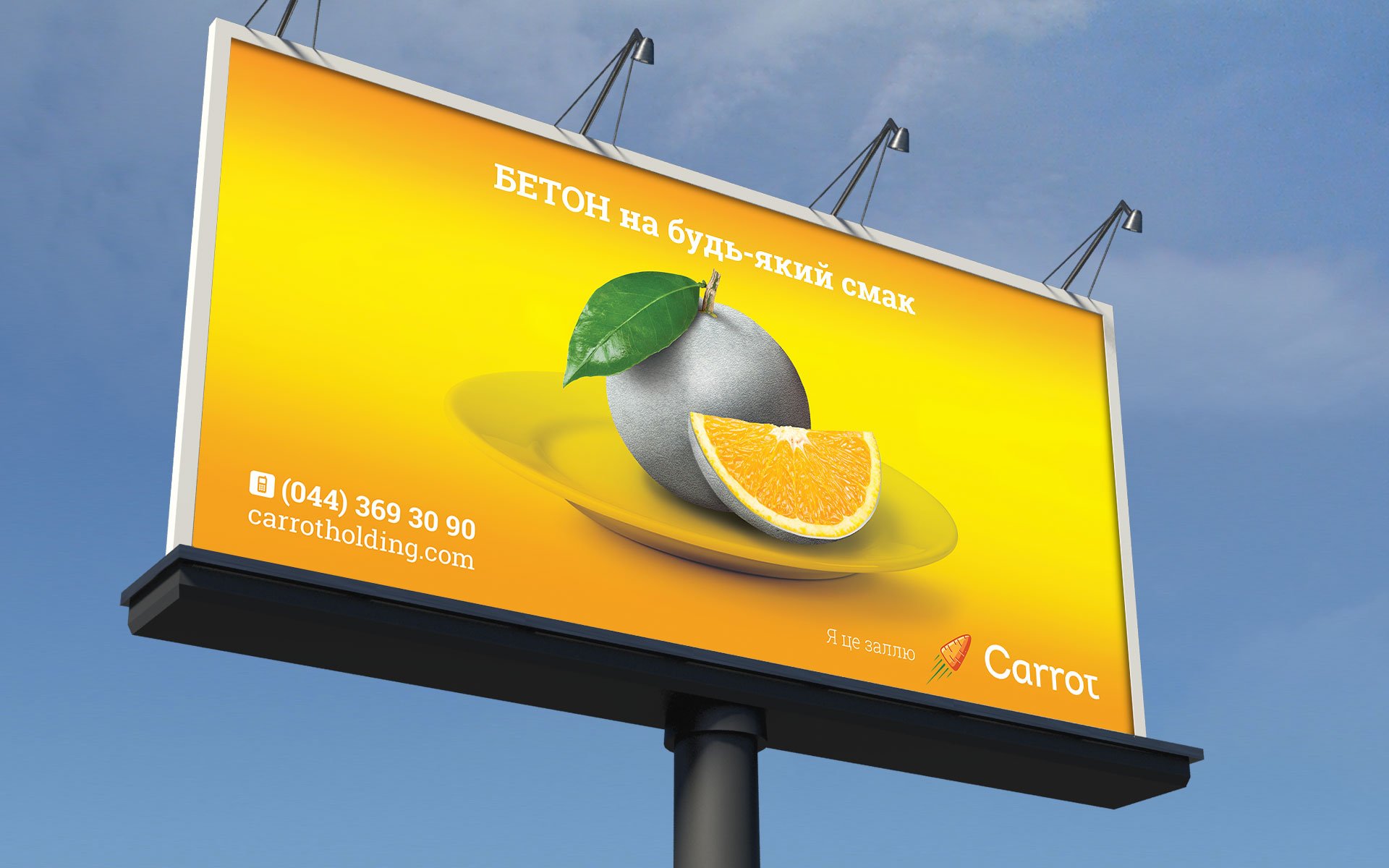 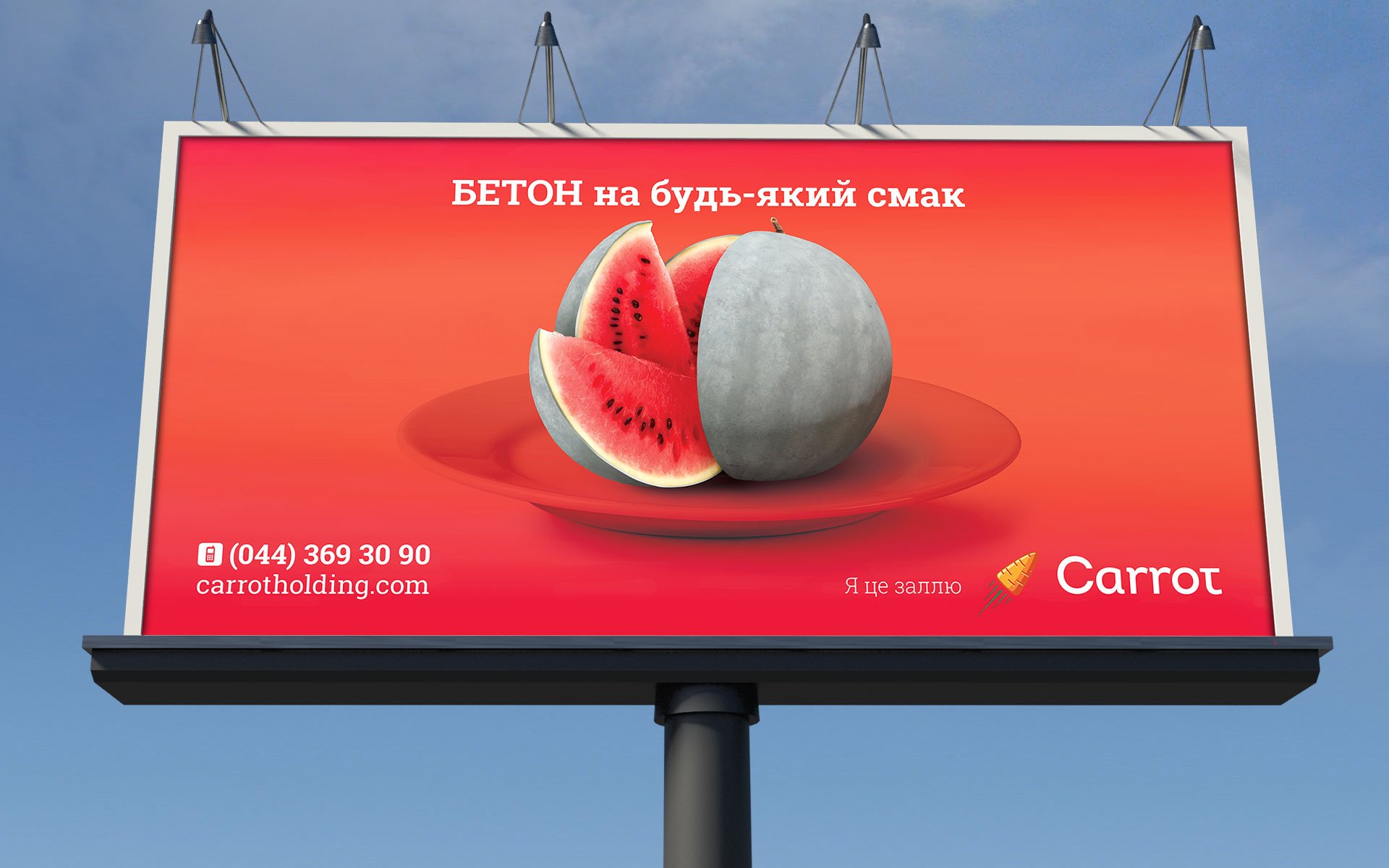 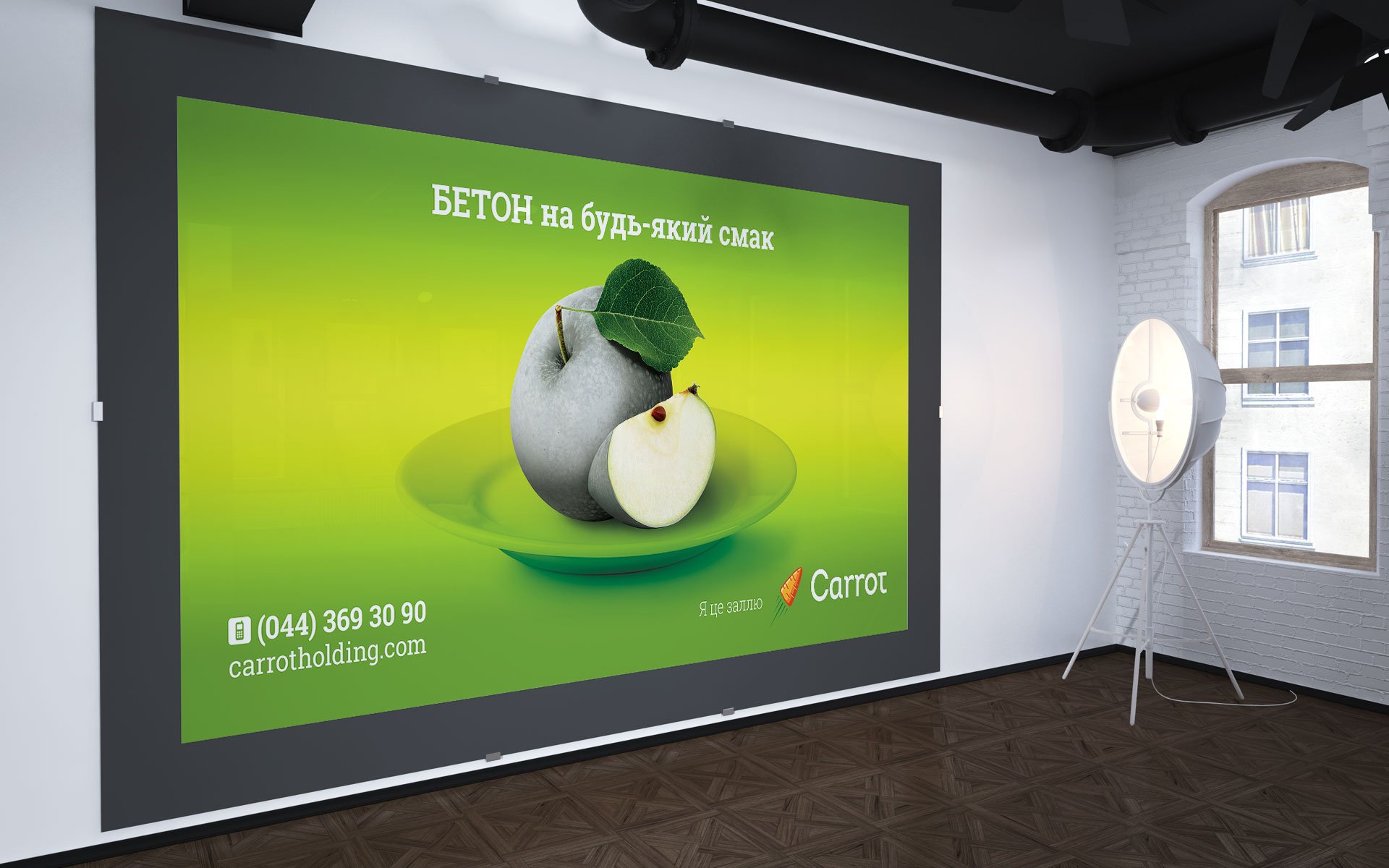 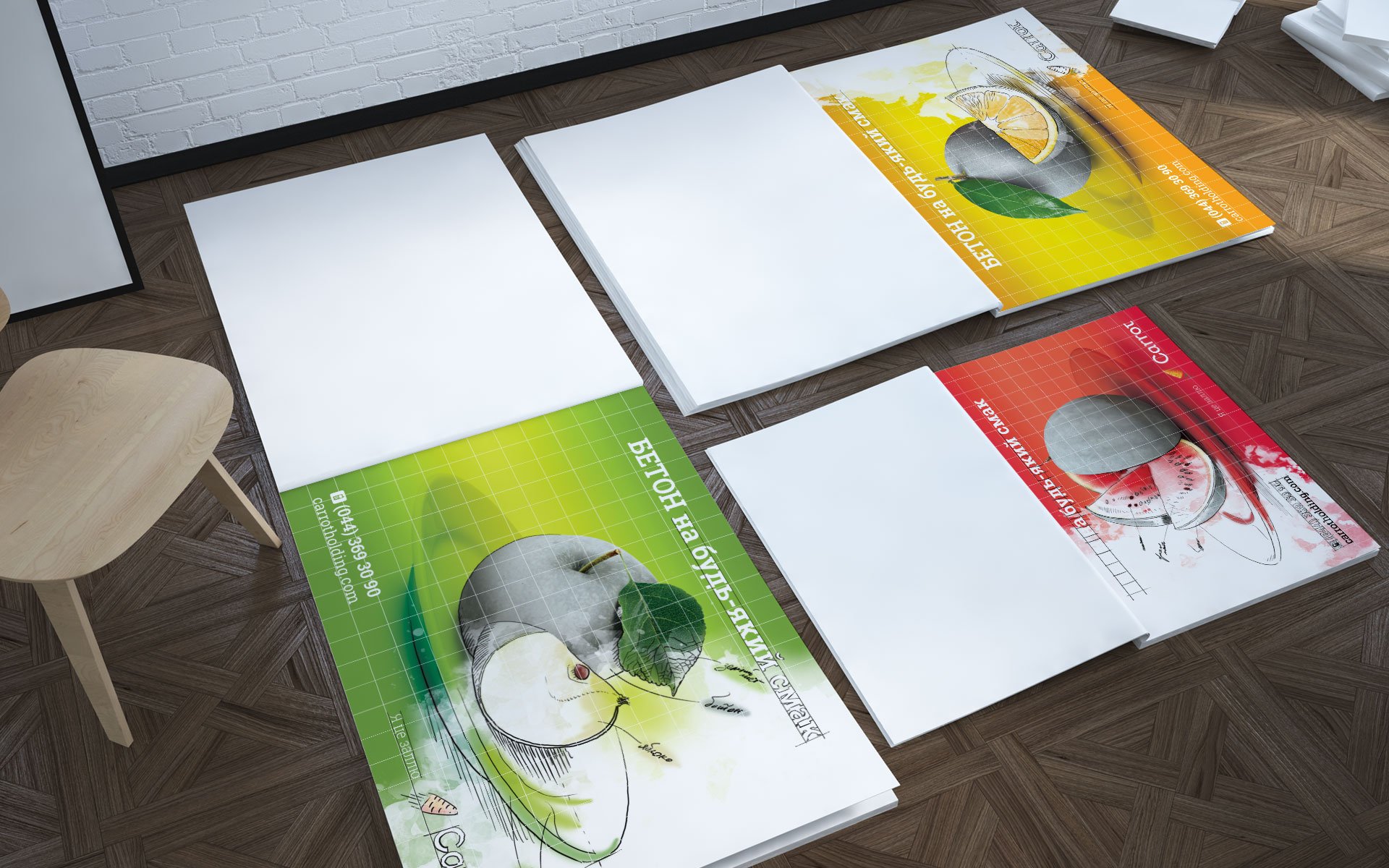 Launch of new member on the cement sellers and cement things.

Cement market in Ukraine is quite intense. But not many cement sellers or cement producers are ready to brag about client-oriented in its practice.

During future company will has to get to consumer all its benefits at the competitive market. There are quite a lot, by the way.

During communication creating, team of agency wagered on blitzkrieg tactics of representing at the market. Taglining was creating in such way, that at the next transforming to get to the consumer benefits and uniquenesses of Carrot brand.

That’s why the first flight, which has seen the world in March, was oriented on effect from bright «tasty» image and pithy — «CEMENT for every taste». «Every taste» was professionally illustrated by agency artists, which have shown juicy fruits in cement peel, that symbolize ideal cement cover.

During visual number creating agency team allowed to itself unexpected move: in cement communication was used the stylistics, which attributable to #youknowwhich fastfood, when presented object is attracting sight and provocating salivation. This correlation is accented by laconic tagline: «I’ll swamp it».