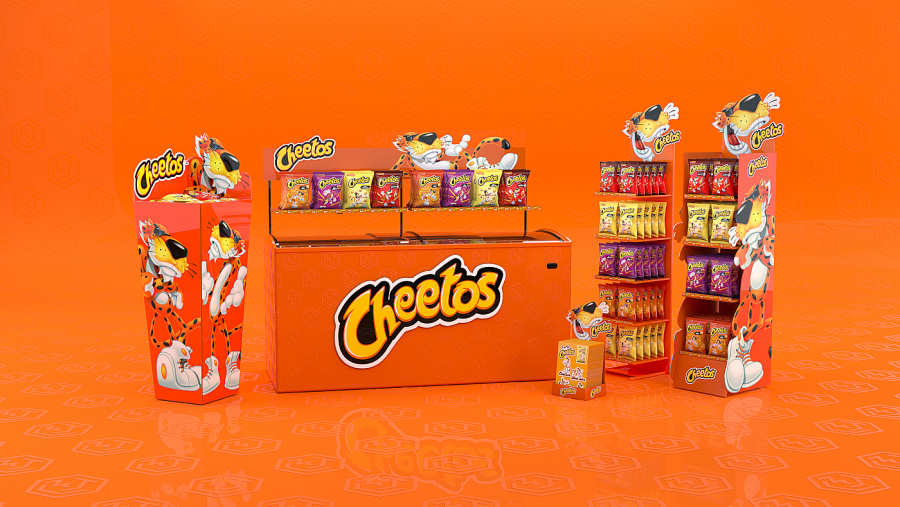 Since February of this year the updates in the line of PepsiCo brands in Ukraine, Cheetos corn snacks, which are popular all over the world, can be found on the shelves of Ukrainian stores.

The legendary snacks are known for more than 70 years, have already fans in more than 40 countries, and occupy leading positions in many markets around the world. Cheetos appeared on The New Yorker cover, "starred" in episodes of famous series, and became a trend on popular social networks. But in Ukraine, their history is just beginning. The creative agency Brain Tank promotes acquaintance with crunchy snacks.

Brain Tank has developed a set of POS-materials that reveal the main character of Cheetos — Chester's cheetah — in all its incredible drive. The PepsiCo brand went on sale on February 1 and the spotted predator will decorate trade equipment, racks, notebooks, and stickers.

Each of the four flavors of Cheetos — cheese, beef burger, delicious corn, and ketchup — has unique forms that encourage you to forget about the seriousness and immerse yourself in the atmosphere of playful pranks, because the brand communicates in the family leisure.