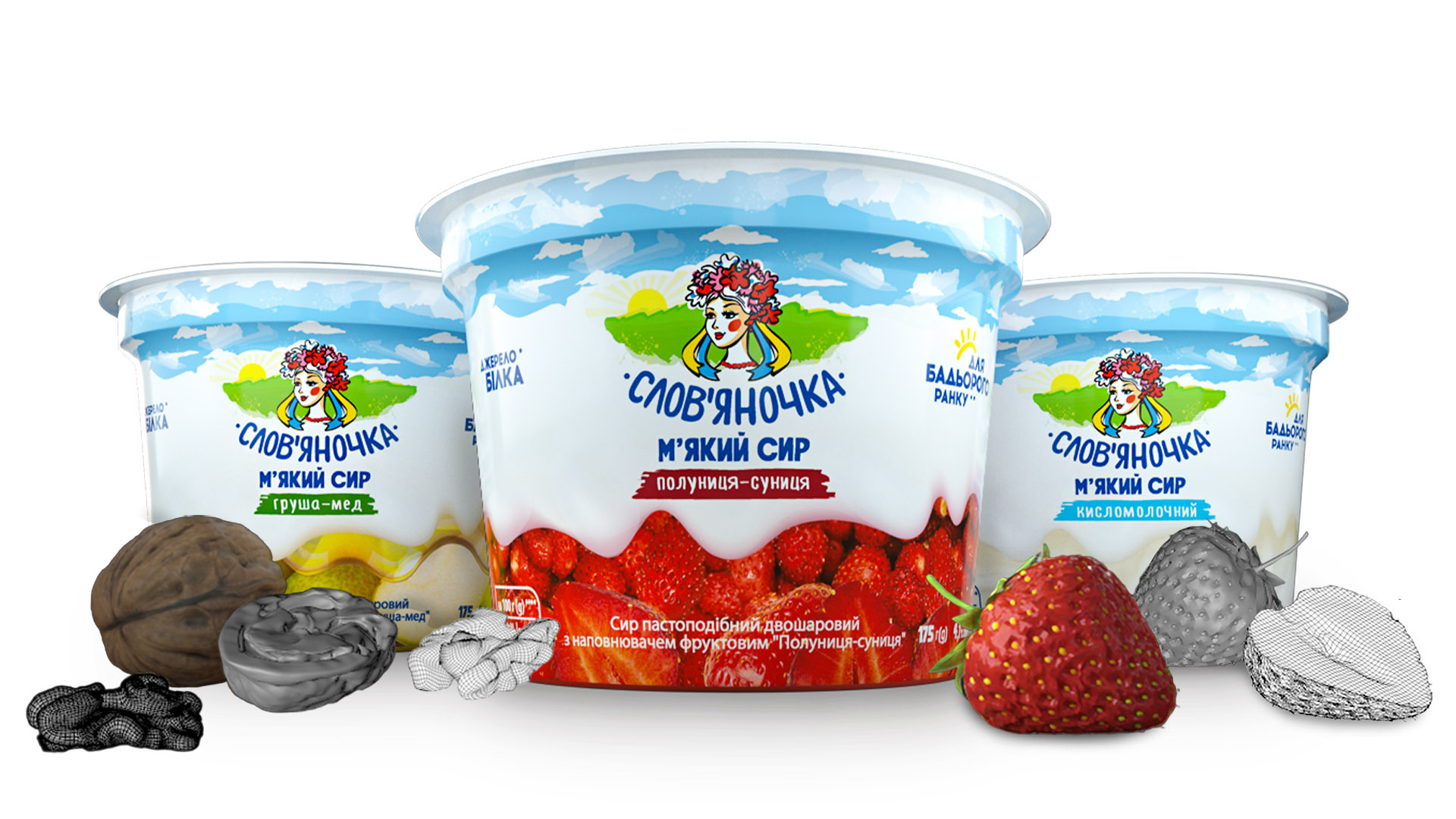 Launching a new line of products from one of the main market players is not an everyday matter. Our agency and the Slovyanochka dairy brand team, PepsiCo Ukraine, have developed and carried out an equity campaign for a new line of soft curds — classic and two-layer with fruit filling. The key for communication was the typical consumption situation and related products: breakfast and, accordingly, fruits, nuts, honey, cereals, coffee — everything the consumer associates with a cheerful morning. Actually, "cheerful morning" became the motto of the campaign and the central message of communication. POS materials, a brand song, commercials, and other new product communications tell about a cheerful morning. And while the brand-team croons a brand-song composed with their own hands, new soft curds from Slovyanochka have already appeared on the shelves and give Ukrainians a real feeling of a cheerful morning.

Our agency has developed and shot a series of digital videos, featuring a number of interesting findings, as a part of a launching campaign for a new line of soft curds. Interesting fact: the food part of the video — a set of healthy products — the agency's production department did not shoot but modeled in 3D. The viewer sees muesli, honey, berries as if through the eyes of a walnut, which makes its way to the table. Spatial modeling of breakfast products allowed to achieve the "seamlessness" of the picture, so the viewer perceives the image as a nature shot.