From primitive storytelling to modern myths 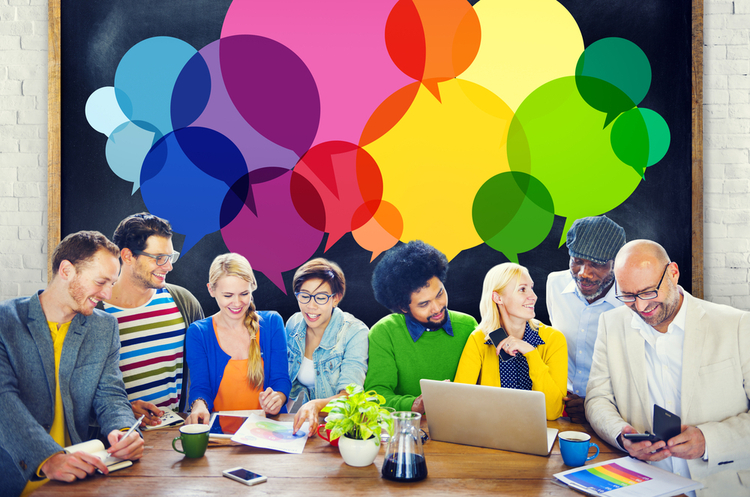 From primitive storytelling to modern myths

An ancient man sits in a dark cave and describes the events of the day painting on the rock: it's a hunt, then a feast, and this is a black spider, which in no case should be eaten, otherwise you can get sick, or even worse… This is approximately how people told stories. And that's how storytelling was born. If earlier it was primarily a matter of survival and the transmission of folk wisdom, now it has much more functions.

The ancestors of storytelling

The term "storytelling," that is, the process of telling a story, has appeared in everyday life of marketers relatively recently. However, the roots of this technique go back to the distant past, even before the advent of writing. Once people united in groups and learned to talk, they used stories to convey the most important information that helped them survive. Knowledge passed from mouth to mouth about what to fear, where not to go, where it is better to live, and in which forest to hunt deer.

We love stories because they are genetic memory. Why different people facing a predatory animal know about its danger? The basis of education and formation in society is laid precisely in transferring different facts and ideas about everything to each other.

And the channel of information does not matter: it can be parents' story, a book, a cartoon, or a commercial. A person's life literally depends on the transmitted knowledge, so we subconsciously love the stories to be told. And about love to poke our nose and overhear someone else's story, I won't mention at all...

Marketers immediately adopted such an effective method. It often happens that the story is almost the only way for a consumer to understand what the brand is talking about. The story shapes the attitude towards the product and its values. It ties together all the ideas of the company and also conveys a certain experience.

For example, “Buy a pen — it’s not just great writing. The writer who received the Nobel Prize had exactly the same." This is my way of conveying information that a thing needs to be purchased, and it will be useful. From this point of view, the scheme of transferring history has not changed: people shared life hacks long before about making life more comfortable. Another question is that storytelling was plausible, and now it is manipulative.

For an advertising story to be interesting and effective for a person, it must be built according to a certain principle. There are some working schemes, but the classic composition necessarily should have a positive hero — a protagonist, a negative one — an antagonist, as well as the actual engine of the story — the obstacles that the main character overcomes.

Basically, all storytelling can be classified as it is based on the same scenarios. Many examples could be called a "Cinderella story" or a "hero story." Of course, the characters, events, and the degree of conflict, that the heroes need to solve are changing, but the meaning is the same.

There are artists, filmmakers, and other creative professionals who try to "break" stories to present an artistic concept to the world — for example, Kazimir Malevich or Andrei Tarkovsky. But in ordinary life, this approach practically does not occur, and we are not concerned with the composition of everything we encounter. In everyday life, everything in one way or another relies on storytelling: when we go to buy tomatoes, rush out on a date, or just walk down the street. Everywhere we are accompanied by this or that story, especially if we want to tell it on to someone. As soon as we start doing this, we realize: “Yeah, so boring. But if I add this detail, it becomes fun." And in fact, complementing various nuances, we also act within the framework of the composition. This is exactly how storytelling works in advertising.

By creating stories about themselves, brands provide effective marketing and influence people's perceptions of certain phenomena. For example, the hero of the famous advertising campaign — the Marlboro cowboy — firmly consolidated the association that the harsh American horse shepherds must smoke cigarettes. A well-presented story created a new stereotype among consumers, thus achieving the brand's communication goal.

The manufacturer Harley-Davidson made a very courageous move, having once invented a story about bikers and hooligans that everyone loves. There are actually many motorcycles now, perhaps better than this brand, but in the value system of most of our people, a real biker can only ride a Harley. A whole subculture is built on this storytelling. This effect was achieved thanks to the movie "Harley Davidson and the Marlboro Cowboy largely." An hour and a half action, filmed for the money of the mentioned companies, spawned a whole era of product placement in the cinema.

It's funny that an advertising story doesn't have a real foundation, even one that many believe actually happened. At times, campaign creatives are so believable about their version of an event that people tend to believe them rather than documents or archival material that still needs to be searched.

Knowing the storytelling kitchen from the inside, this effect looks even comical for marketers — the legend invented to promote the product begins to live its own life and even supplant the historical truth. This influence is characteristic not only of commercials but also of works of art. For example, most people in the post-Soviet space are sure that the discoverer James Cook was eaten by Australian aborigines, but in fact, he died during a conflict with the natives in Hawaii. Why did it happen so? Because Volodymyr Vysotskyi, in the song "One Scientific Riddle, or Why the Aborigines Ate Cook," told his version. And they believed it.

We all love stories because it is a genetically deeply embedded paradigm of our thinking. We take information about everything that we learn during our life from them. Over the centuries, stories have turned into fairy tales, then into myths, religions, and religions into science. The entire human civilization is built on storytelling. That is why, when advertising offers us modern legends, we not only willingly believe them, but we are happy to translate them into reality, make them an integral part of the cultural context and, with their help, change society.