Generation Theory: How does it affect marketing tools 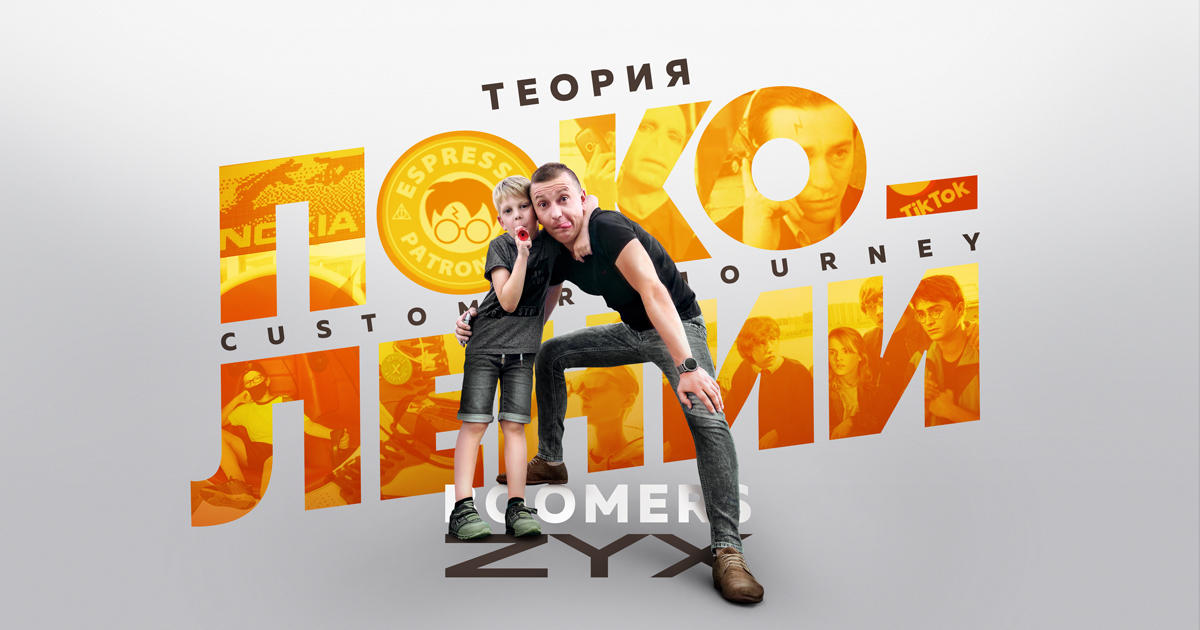 Generation Theory: How does it affect marketing tools

The generation theory was formulated by William Strauss and Neil Howe back in 1997. The marketing industry has been actively discussing this information ever since. At the same time, its practical application is very vague and causes a lot of controversies. I'll tell you about the use cases of the generation theory in marketing, about research and cultural codes of age capsules.

What information does the generation theory give us?

It is believed that this theory can help us to build effective communication with consumers, taking into account age differences between groups of people of different generations. However, in fact, it does not give us information about which products will be relevant. It only explains that you need to determine the codes, thanks to which existing goods will be wished to buy.

The generation theory is not about who needs what. Because everyone needs, in fact, the same thing: the same clothes, everyone still needs food or a car. But if we correctly interpret the characteristics of different generations, this information helps to set the direction for the study of cultural codes and the active vocabulary of each of the generations. And thanks to a certain coding, these products can be promoted on the market. But, we must admit, so far, few people know how to use this information.

Codes are something that exists in the minds of every generation and cannot be easily abandoned. For example, when deciphering the codes of the late X's / early millennials who come from the 90s, it becomes clear that no matter how we consciously consider them terrible and disgusting, the codes are firmly embedded in the heads of this generation regardless of intelligence. All people are attached to the moment of their growing up. And if the psyche was formed during the hooligan and bandits of the '90s, then there is no getting away from this. But the next generation thinks differently, although it chooses the same products.

So, my ten-year-old children, for some reason, react to the image of a Nokia push-button phone as codes, although they have never seen it. It is a mnemonic code that is formed as a complete image. Therefore, when a brand offers shoes with soles "like a Nokia phone," the audience with this code reads: "These are durable shoes!"

Another example of generational codes is that the children gave me a cup of Patronum coffee today. This is a protective spell from Harry Potter. It doesn't mean anything to me, but for them, it matters. The coffee remains the same, but our codes are different. Therefore, marketing is trying to select certain codes for each generation, which are mnemonically matched with one or another generation.

Pay attention to older people who want to look younger in teenage clothes? More often, it's not about specific people, but about the trend of the generation “to be forever young.” Inner infantilism does not let go of generation Y. Millennials are a little infantile in their purchasing behavior. They want to stay forever young. This is important for Y, but for Z, for example, it is absolutely irrelevant.

How big brands use generational theory

Classic behavioral marketing tries to incorporate generational theory into the customer journey. But the problem is that until the toolkit is formed, all brands struggle to tell about their product to everyone simultaneously. Big brands try to use several cultural codes for different target audiences at once. Most often to no avail.

Trying to target the “mass customer 18-54” does nothing — you cannot be good for everyone at once. Therefore, at the stage of product launch, brands up to a certain scale, as a rule, should focus on one audience.

The generation theory is an attempt to explain exactly how you can reach each of the audiences. So, for example, the social network TikTok is an example of a very bright cultural code of the youngest generation. Obviously, many potential buyers are sitting there, but interacting with them is not yet clear. Indeed, in TikTok, there is no conversion, calculating tools, an engagement mechanism… At the same time, brands are trying to find their way to this audience, although they cannot yet get to it directly. Therefore, the budgets of large companies on TikTok are now comparable to the budgets for the same Instagram, for example.

The generation theory looks very attractive, but at the same time, all attempts to get close to its use in practice are rather controversial.

Generations change, but the shopping basket remains almost the same. The typewriter left, the keyboard came. The postal service is gone, the messenger has appeared. All that the generation theory can give is an attempt to comprehend and crystallize the cultural codes that representatives of different generations think when choosing the same goods. And only then through these codes say, for example, that this is kawaii milk. The milk remains the same, but the codes are not about the product, but about the way to talk. Marketing, by and large, is just learning to use this information.

The tricky part is that you cannot define these codes once and for all and use them for all products. To understand what code generation Z has and what is important to it in a particular product, you need to do research. Generational theory alone will not provide answers to these questions. Big brands launch communication starting with six zeros, so it's important to understand exactly what language this audience speaks before launching it. Then Ad Recall will be high. For example, in one of our campaigns for traditional dairy products, Ad Recall was 67.7%.

Therefore, now there is an evolution of the generation theory through the prism of worldview guidelines for coding. Previously, it was believed that with each generation, it is necessary to speak in some way because they have their own value orientations. Today it is clear that we all have the same value orientations, but their description is expressed differently.

You cannot speak the same way to a 40-year-old person and a 15-year-old child.

And how exactly the brand needs to build communication is very difficult to understand. At the same time, the product itself does not change from the way you talk about it. You just need to say the same thing in different words: in one case — a jacket from the 90s, and in the other — "Expecto Patronum."

The generation theory is, to some extent, still terra incognita for us. We are preparing it, but the conclusions and clear instructions are still far away. Trends are delivered at the level of statistics collection and analysis. This month, we organized about 10 surveys with the help of large companies to understand not about the potential buyer's preferences but words he will use to describe the product.

Syndicate research helps us to know what language the CA generation speaks. We select 3,000 children to talk to them. For one of the tenders we won, we had to create a sticker pack for children. It should be an understandable hero, and for this task, we involved my son, the children of our colleagues, and other children of their age.

10-14-year-old children are happy to generate creative, better than professional copywriters! They voiced the given topic in their usual language, which adults would never have guessed to use. So we tried to copy the CA generation dictionary, and it was a success. The client was very pleased with the result.

This is a variant of how you can use the theory of generations in your work. We prefer to listen to the right audience. Then calibrate what we hear to understand how the audience speaks about the brand. And use that information to promote.

What generation theory development is possible for marketing?

We knew about the existence of the generation gap long before the generation theory. It should be understood that this division into conditional groups does not affect the choice of goods. Today my kids have the same sneakers as me. We buy the same products.

Ultimately, the generation theory does not postulate anything. It does not have any predictive power. Still, this concept makes it possible to look differently at the clustering of socio-demographic factors when analyzing the audience.

Yes, we know from behavioral observations that Gen Z loves to look into a smartphone. But everyone else loves it too! They love engaging TikTok videos. Yes, we also like it, we have no time to watch them! They cannot keep the focus of attention. And we also! There is no age problem in this. There are features of status and conditions.

Because any theory becomes scientific only when it has the power of prediction, the generation theory is not yet scientific. It belongs to the clusters of sociology, psychology, but no science has yet confirmed it. In my opinion, academic studies of phonetics, semantics, semiotics, which have been carried out over the past 80 years, are much more useful for marketing. And the generation theory, rather, confuses marketers without giving clear tools that could be used in practice.

Therefore, the generation theory cannot teach us anything if it does not continue in the classical studies of tools that large companies pay. After all, William Strauss and Neil Howe developed a generation theory, describing recurring generational cycles in history and continuing to explore the possibilities of its practical application and advice on this topic. So what we have now is not its final result.

The essence of the generation theory for marketing practice can be summarized as follows: we can conditionally divide the target audience into generational capsules and assume that each has certain vocabularies and semantic codes. Then learning how to read these dictionaries and codes to use them correctly is the fascinating stage we are all at right now.