Serial thinking: living next to a brand, Instagram, and a hero to dream with 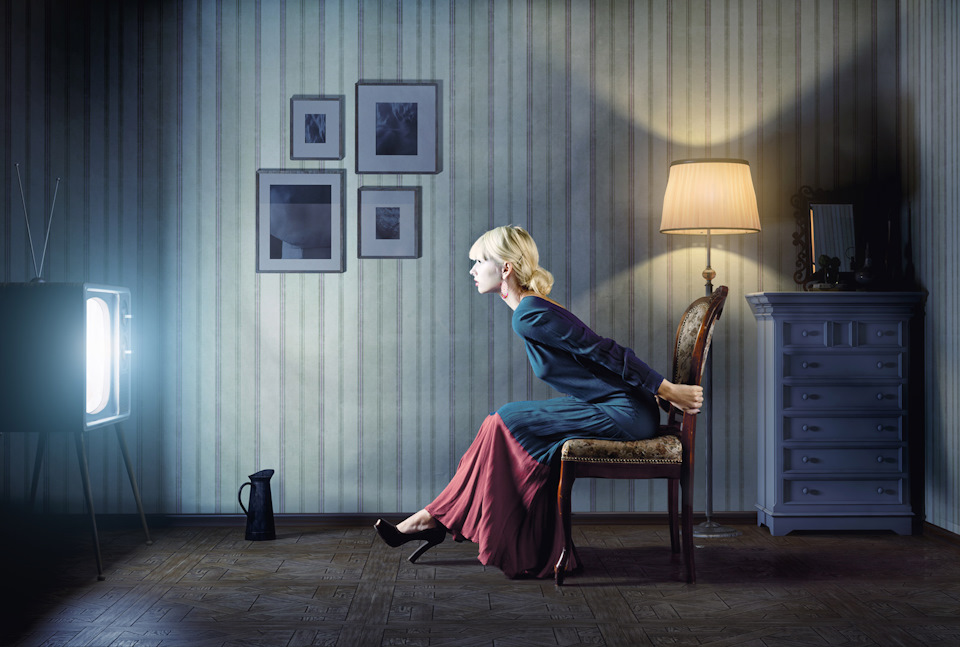 Serial thinking: living next to a brand, Instagram, and a hero to dream with

Serials in the modern world have filled television and the Internet and radically changed human needs. Let's discuss how the TV series replaced clip thinking, why we trust bloggers, and how brands talk about themselves in a new paradigm.

Imagine life at the end of the 18th century. People had about 30-40 obligatory things in everyday life. For example, a chair, a hairbrush, clothes, and so on. This was the necessary minimum and, at the same time, the maximum with which people existed. For us today, such an amount is already minimal and practically impossible for modern life. Now, on average, there are 300 things in a person's life. Must have consumption has increased 10 times! Why did it happen? Of course, technologies have improved, as a result — production and consumption. But that had also changed the paradigm of thinking: it became clip art one. We began to scatter our attention because there was a lot of everything, and there was no point in delving into something. They began to grasp and understand a little bit of everything.

The clip thinking paradigm has eroded marketing a lot.

Before that, brands “saved humanity”: they offered something that could help us once and for all. For example, in Ukraine, there was a period when the presence of "Pepsi-Cola" made you a hero of the Universe. This is how an entire generation of Pepsi was formed. Then it turned out that it was not enough to have a can of soda to conquer the world. You need to have a sufficient number of different attributes that confirm your status. We want to blur it all and combine it to our liking. Therefore, we begin to collect our puzzles, consisting of a picture of the world and various ideas. There are too many desires. That is, I want a car, a watch, a soda, and something else — and all from completely different categories, but what fits into one piece.

If earlier they said, “I am an astronaut,” people immediately perceived this as an image of a hero. Everything was clear and did not raise additional questions. In the conditions of clip thinking, you can't get off with such a phrase. You will be asked: "What kind of astronaut are you?", "Where did you fly?", "What kind of watch do you have?" "What brands do you prefer?" That is, this image is assembled from many different materials into one idea.

The same is in marketing: it is no longer possible to perceive a single concept of soda. It has become the set of personal memories and consumptions and has developed into an individual unique clip. Accordingly, along with this, the amount of information that tells everyone about this has increased. It became interesting for a person to look from all sides — and then he decided to consume it.

Living next to the brand

Clip thinking has been replaced by serial thinking. Its main feature is that people no longer want to know the beginning and end of the story. They are already interested in living next to their brand or hero. Perhaps the paradigm has changed because everyone is tired of finalizing. Everyone realizes that you bought Pepsi, drank it, and… nothing happened. But buying this drink every day is cool for you. Previously, you were told many times: "Buy this watch, and you will look the richest." So you bought but did not receive the expected result. "Buy this water, and you will always be fresh." So you have drunk, and you freshened up for 15 minutes, that's all.

That is, a brand cannot “save the world” and satisfy your need once and for all. But it does that every day. Like the show.

Now the brand doesn't tell one story. Instead, it tells us about a character who lives in several stories. Take Rambo, for example. Previously, he would rush somewhere, shoot everyone, save the universe, run out, then he would be covered by a cool blanket — and here you go, happy end. For the series, such an ending is impossible. In one episode, the hero will run and will be wrapped in a blanket. In the second, he will remember where this blanket came from. In the third episode, Rambo has completely different problems; he will fall in love in the fourth.

Episodes of the series almost never end with anything logical. Everything looks like a continuation, like life and a process, not a result.

It's the same in marketing. People are demanding a friendship with a brand that will provide the show's story. For example, now Apple is already going into car construction. Fans of this company perceive it as a friend who will bring a phone, a computer, a watch, record music, make films, and soon bring another car. Now Apple is not just a brand, it is already a lifestyle.

With the change in the paradigm of thinking, the role of bloggers has become more important than ever. Social networks, in which we follow their lives, are essentially the same ways of transmitting information as a newspaper. It's just faster and better. However, there is also an important nuance: people trust bloggers because they can “live” next to them. It's like a TV show that you watch every day. You follow a girl whose lifestyle you like on Instagram. She tells you about her life and the brands she uses. You will find out in which pools she swims, what makeup she uses, what films she watches. A holistic image is formed for you. Through the prism of this girl's life, you can understand what a certain brand is talking about in general, and you can decide whether trust it or not.

It's not enough for us to hear from a company that its product is the coolest. Now I want to "live" with someone who has already tried it. And social networks provide such an opportunity.

What should marketers do?

The serial paradigm requires marketers to create a story that is coherent and has no definite ending. The brand needs to provide obvious storytelling, as well as an accurate understanding of where it is going and what it will be. For example, if a company says: “We’ll build a house for you now, you will be delighted,” this is not enough. It needs to immediately explain: “We want to build a house, here you will receive such a bonus, and here we will give you something. And thanks to all this, you will also acquire a high status ”. That is a gigantic set of parameters with which a person will live and experience a new emotion each time.

Brands used to tell you how to make your dream come true: to get the perfect apartment, clothing, or car. Today, in the conditions of serial thinking, marketers provide heroes with whom you can dream: "Look, here are the people for whom this will come true under certain parameters." This is the difference. If we like the proposed lifestyle, we will join this group of people to live the dream together.

I believe brands need to move into this model. Previously, one clear statement was enough, but now any statement is subject to serious criticism from the consumer.

You need to think about creating a whole brand philosophy that is comfortable to live with. Then, if you agree with it, you will buy watches, phones, cars from one company — everything that it produces.

Or you do like the concept of a supermarket and you are ready to buy nuts, flowers, a bed, socks and sports equipment there.

You need to build a closed ecosystem with a brand. You can look there, see what is happening there, and agree with its philosophy or not. Moreover, you can not even accept everything, but partially, only convenient things for you. If you like something there, you will be pleased to look into this world every day.