Woman image in advertising: a “humble” past and a vulgar present 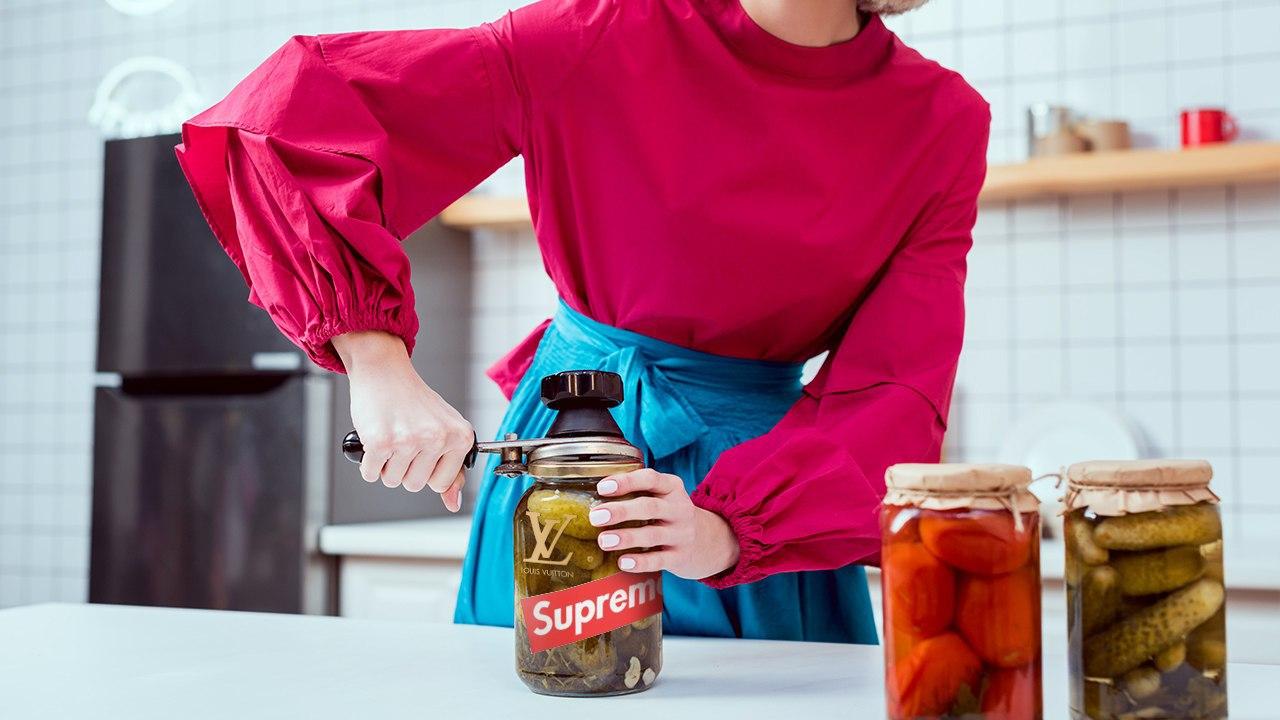 Woman image in advertising: a “humble” past and a vulgar present

If advertising is the engine of trade, then women are the engine of advertising. What was this image, what is it now, and what will it be in the future? Research this issue in a series of articles from the Brain Tank agency.

"We have sex, we have no advertising!"

34 years ago, this phrase had one meaning, now the situation is radically opposite, but it can be described with the same words. Let's figure out how the image of a woman has changed in domestic advertising.

In 1986, the legendary teleconference between women from the USA and the USSR took place. Then a textbook dialogue happened. The American asked: “In our television advertising, everything revolves around sex. Do you have such a TV advertisement? ”, And ours replied:“ Well, we have sex … we have no sex, and we are categorically against it! ”. And then another of ours added: "We have sex, we have no advertising!"

The Iron Curtain fell long ago, advertising is now on every corner, but what is it, and what is the image of women in this advertisement?

Let's go back 90 years and see the models that were published in the Delo newspaper. Of course, we will not meet outright vulgarity, but all other signs of discrimination are welcome. They need to advertise the Olen-Shikht soap, and they draw 11 women hunching over basins. That is, direct objectification when a woman is not a subject but just a “washing machine.”

Or another example is an advertisement for the balm "MAG Nr.1". Here we have a subject — Antonina, and that's good. But she says: "I have been using the balm for a long time, and that is why I have such beautiful hair." Hello, prehistoric body shaming! The copywriter fails, but the designer gets a gold medal and milk for being harmful. Just imagine the TT: "take 10 black and white pixels and draw a woman with beautiful hair."

An interesting solution in the advertisement of Palmolive soap — comics, storytelling, a love triangle… Ivanka has better features. Still, Irka uses olive oil soap every day and, as a result, gets not only delicate skin but also a man's heart!

And so Irka asks the man: "Why did you choose me because there are so many more beautiful and wealthy around?" And he answers: "I am sure that thanks to Your face color, Irka, I will always love You and we'll be a happily married couple"… Well, just fierce delirium, but so naive and sweet.

It is difficult not to contradict the law on de-communization and without laudatory epithets to describe the image of a woman in agitation, propaganda, and advertising of the times of the USSR. If we take the basic requirements of modern men and women feminists, almost all Soviet posters depicting women will receive the highest rating.

Here you have a woman judge, an agitation about equal rights to vote and be elected to deputies. The March 8 slogan "Down with oppression and philistine home life."

Another option for campaigning and fighting for equality is a call for development. One poster says that literacy is the key to emancipation. On the other, they urge women to master aviation technology. On the third, they demonstrate the hedonistic fruits of financial literacy.

You can also read about American advertisers and the role of women in the first part of our series of articles.

If we take examples of advertising of goods, then, for the most part, everything was very simple and of the same type — a picture of a product and the face of a smiling woman, quite satisfied with this product. Another thing is the image of a woman. Toothpaste is advertised by a pilot. Cheese is offered by a shining saleswoman.

However, the farther from Moscow and closer to Europe, the freer was advertising even in the USSR. Take the same Riga with its eponymous mopeds and washing machines:

In Ukraine, it was also a little freer, especially on the eve of perestroika and the collapse of the Soviet Union. An example of a sweet protest is a fiery red cheeky car from the Zaporozhets company and a lady with an electric guitar. But advertising of Simferopol TV sets is already direct sexism and objectification. However, this was just the beginning...

If the previous examples for many were something new or well-forgotten old, then each of us met with modern trash advertising more than once, and not two, and not three… and not four… I want to say that everything is bad in villages and small towns. Still, regional centers and the capital itself — all cities were literally covered by a wave of bad taste. And it would be fine just bad taste, but after all, it is also offensive for many:

The impromptu collage contains 8 cases that symbolize the sign of endless yearning for design and creativity. Selling concrete — put boobs, sell internet — put boobs, grill — boobs… If you don't like boobs and want something "really creative," ​​make a mockup about pussy.

Fight, and you will overcome!

If we talk about the legal side of discrimination, then you need to remember literally two things:

a) Advertising depicts or describes a woman or a man as an adornment or sexual object, including allusions to sexual relations and sexuality of people who have nothing to do with the advertised product and have no direct association with the consumption of the advertised product, goods, services, etc. The violation is exacerbated if a person's sexuality is portrayed or described in a derogatory and dismissive manner through language, posing, verbal or non-verbal innuendo, etc.

It is important to understand that there are completely legal methods of protecting interests and beliefs. The work of the League for the Defense of Women's Rights, "Harmony of Equals," can be cited as an excellent example of struggle. During the "year of Ukraine Without Sexism" campaign, activists wrote more than 500 complaints about discriminatory advertising. Yes, the State Food and Consumer Service is considering everything for a long time, but the courts stretch for months, but Citrus was fined 6800 UAH, and the manufacturer of Euroruberoid was fined 2000 UAH etc.

Of course, for business, such fines are dust. But do we need reputational risks and the stigma of a brand that breaks the law and loses the courts to human rights organizations?

The battle on the legal field is a noble cause, but it is much faster and more efficient to raise a wave in FB. To your attention, the sensational cases of discrimination against women and reaction to such advertising:

The scandalous "Citrus" posted a sexist advertisement on FB and immediately wrote, saying, "we are against this. Such mock-ups did not pass our casting." A high school level maneuver where one kid says to another, "I'd say you're a fool, but I won't."

Or OTP Bank decided to be creative and post layouts of potential advertising. Of course, FB commentators immediately "shoved unwashed debits into leasing." The bankers had to apologize and come up with a story on the go that it was just a test, but in fact, we are white and fluffy.

Even some politicians are so… so creative that they take off their clothes and write: “To get your attention, we have to play by new rules. We are ready! We have something to show! "

Well, we could not ignore the legendary Pelmennaya with the slogans "To beat means to love" and "Not on the face. Words you can forget about while enjoying pelmeni." I wonder if there are people who really believe that the pelmeni market deliberately launched a provocative ad to draw attention to sexism and domestic violence?

Kantar TNS research results show that half of the respondents observe stereotyped images of women and men in advertising. A quarter of people notice the use of sexism to attract the audience's attention (36% do not see any problems with sexism). At the same time, 45% of the respondents say that sexism applies equally to men and women, but 44% answer that the problems are precise with the image of women.

In general, it is too early to rejoice, but there are definitely positive trends. Customers and advertisers are starting to develop their sense of taste. The legal framework is changing, and human rights organizations can defend their ideals in the courts. Social networks are becoming that litmus test that will evaluate any creativity and give its verdict in a matter of seconds. And we hopefully have made our contribution to our common cause of developing the advertising market and world peace.